Hearts is a trick-taking card game in which the object is to avoid winning tricks containing hearts; the queen of spades is, even more, to be avoided. So download now this amazing Hearts – Queen of Spades game for Android devices.

Hearts is a trick-taking card game in which the object is to avoid winning tricks containing hearts; the queen of spades is, even more, to be avoided. If you want to know more about the 9 of Hearts then you can check out the crazyfishgames.com article.

Meanwhile, This game is also known as Black Lady, Rickety Kate, The Dirty, Dark Lady, Slippery Anne, Chase the Lady, Crubs, Black Queen, and Black Maria, Queen of Spades though any of these may refer to the similar but differently-scored game Black Lady. The game is a member of the Whist family of trick-taking games (which also includes Bridge and Spades), but the game is unique among Whist variants in that it is an evasion-type game.

Normally, each player scores penalty points for cards in the tricks which they won. Each heart scores one point, and the queen of spades scores 13 points. However, if you manage to win all the scoring cards which are known as a slam or shooting the moon, all other players’ scores increased by 26 points.

The game is ended by someone reaching or going over 50 points, and the winner is the player with the lowest score at this point. 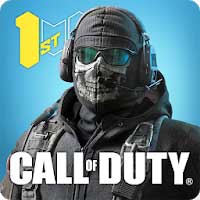