Naruto Shippuden: Ultimate Ninja Heroes 3, known as Naruto Shippuden: Narutimate Accel 3 in Japan, is the sixth installment in the Ultimate Ninja series, announced as an exclusive title for the PlayStation Portable. The game was released in Japan on December 10, 2009, and was released in North America on May 11, 2010. The game features a roster of more than 50 characters, 48 of which are from the TV series Naruto Shippuden. The game features 4-player local multiplayer battles, as well as Sasuke and the members of Team Hebi. It features a story arc designed by CyberConnect2 that is unique to this game, as well as a regular one that follows the Naruto Shippūden storyline and one that follows Sasuke’s story. This was the last game released under the Ultimate Ninja Heroes moniker. 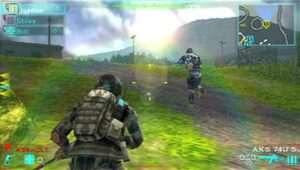