Naruto: Ultimate Ninja Heroes, known in Japan as Naruto: Narutimate Portable Zero is a North American and European-exclusive fighting game. It was released in North America on August 28, 2007, and in Europe on September 14, 2007. It is essentially an edited version of Naruto: Narutimate Portable, which also happens to be a scaled-down version of Naruto: Ultimate Ninja 2.

Story Mode, Kabuto, Shizune, The Third Hokage, and two stages were removed in this release, while Naruto & Sasuke’s secret techniques were modified to prevent spoilers (as the English dub had not reached the Sasuke Retrieval arc yet). To compensate for these removals, the game now has a 3-on-3 battle system, similar to The King of Fighters; where the first team to defeat all 3 members of the other team wins. The game features 20 characters, 8 Stages, and several new features, such as a three-on-three fighting system, wireless two-player battles, and “Hidden Team Skills”, which grant special abilities to a certain combination of characters.

Brothers in Arms: D-Day FOR PPSSPP 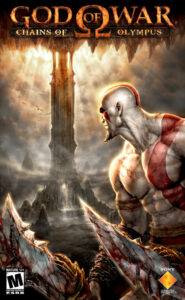 God of War: Chains of Olympus For PSP