Dragon Ball Z: Budokai Tenkaichi, released in Japan as Dragon Ball Z: Sparking!  is a series of fighting games based on the anime and manga Dragon Ball by Akira Toriyama. Each installment was developed by Spike for the PlayStation 2, while they were published by Bandai in Japan and Atari in all other countries from 2005 to 2007.

The second and third installments were also released for the Nintendo Wii. Bandai’s role has since been filled by the merged Namco Bandai Games, and Atari’s PAL distribution network was absorbed into Namco Bandai Partners. Namco Bandai has also handled publishing in North America for future Dragon Ball Z games since 2010, effectively ending Atari’s involvement.

The story mode of the series (called Z Battle Gate, Dragon Adventure, and Dragon History in each installment, respectively) progresses similarly to the story modes in previous games. Players can select battles from different sagas and proceed through the story of Dragon Ball, Dragon Ball Z, Dragon Ball GT, and even several Dragon Ball Z films.

The Dragon Balls can be acquired through story mode by destroying the environment in battle; however, the player can only keep the Dragon Ball they find if the battle is won. Each installment features several “what-if” battles and scenarios; for example, the Tenkaichi 1 story mode features modes where the player takes control of a villain and uses the character to defeat the hero, while the Tenkaichi 2 story mode has modes where Raditz and Zarbon essentially team up with the Z Fighters for one reason or another.

Several levels of the Tenkaichi 2 story mode also feature cutscenes shown either before or after the fight of the level takes place. The Tenkaichi 3 story mode has cutscenes integrated into the battles themselves that are activated by hitting a certain button. These can be transformations, character changes, automatic attack use, or something as simple as a conversation.

SCREENSHOTS OF THIS GAME 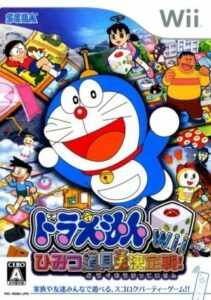